In a new promo, four reporters talk about their dreams of working at WPVI’s Action News in Philadelphia, considered a legacy station for its near total dominance of the local news ratings for decades. “The DNA of the spot is that 6abc is a destination goal for many in the industry and it’s even more desirable if you grew up here,” said Mike Monsell, WPVI’s VP of Marketing. 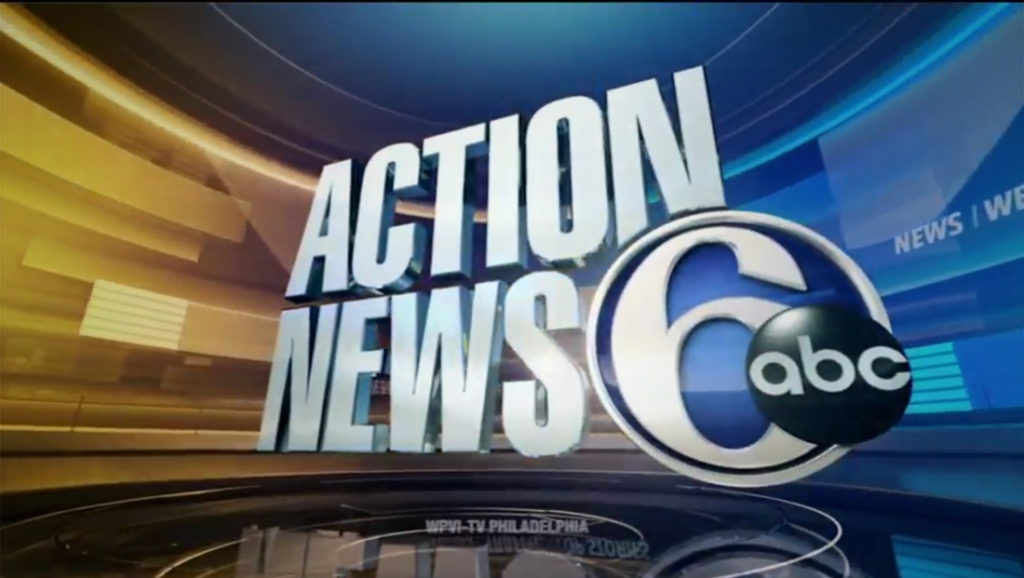 Imagine a local television news operation whose reputation alone attracts the best. A place where everyone wants to work, because it’s gives them a “special feeling.”

Such a place, according to a new promo for WPVI, the ABC O&O in Philadelphia, is Action News.

“The DNA of the spot is that 6abc is a destination goal for many in the industry and it’s even more desirable if you grew up here,” said Mike Monsell, WPVI’s VP of Marketing.

In the spot, four reporters talk about their dreams of working at Action News in a near reverent tone, even though only one of them, Maggie Kent, grew up in Philadelphia.

“It was an inspiration even as a child because that is the station that we always had on in the house. So that was where I got the idea, even as a little kid, to want to become a reporter and see that it might be a possibility,” said Kent.

It’s understandable that someone growing up in Philadelphia, whose family watched Action News, would dream of one day working there.

But what about the other three reporters who didn’t grow up in Philly, how did their dream of working at Action News get its start?

“I first learned about it in college,” said Bob Brooks, who started working at WPVI three years ago, “talking with my professors and people from Philadelphia about the local news market there and the Action News brand and how good it is.”

Jeannette Reyes also heard about Action News in college. “My professor had mentioned WPVI,” said Reyes, who’s been at Action News for three years. “The professor that brought up Action News, he was kind of hard core, old school, journalism is not the way that it used to be. And so he brought up Channel 6 in that context. That is how I first became aware of it.”

Christie Ileto says she got a call to come to WPVI for a job interview and did some research about WPVI.

“I learned about how great of a station it was to work. It literally is the most watched news station in the city, not to mention they have loyal fans, loyal viewers.”

Ileto found out immediately just how loyal, and attentive, Action News viewers can be.

The day after Ileto’s first on-air live shot, “this guy stopped me on the street and was like, oh you are that girl on Channel 6. You are the new girl. He is trying to pronounce my last name which can be a little daunting for people that have never pronounced it before. I was like, oh, thank you so much for watching. I mean it was literally the next day and I couldn’t believe that it happened so immediately.”

Reyes said she got a taste of how appreciative loyal viewers can be after just a few months.

“There was a Hispanic woman, I believe she was Dominican or Puerto Rican, and she was really, really excited that there was someone who looks like her and she could connect with. She got really emotional and I didn’t really know how to react at first, and I gave her a hug and then she is like, I love Channel 6 and even more so now that I have someone that I can show my daughter. That was really touching to me.”

“As soon as you are on, people start recognizing you,” said Kent.

“They start turning to you either for help or for story ideas. So the access that you have to the community and the bond is something unlike anywhere else I have worked, their acceptance of us and their welcoming nature in that way.”

So has the experience of working at Action News in Philadelphia lived up to its reputation?

“The one thing I will say about Philadelphia,” said Brooks, “this is a town where you have to earn it, but it is also a place where they recognize hard work, determination and talent and you have to prove it and earn your keep. I like working here and the people treat me very well. I certainly look at this place like a family. “

In the promo, several of the reporters reference being welcomed by the on-air staff, and by “Jim.”

Jim, of course, is Jim Gardner, revered as the dean of local TV journalism in Philadelphia. Gardner is Action News’ main anchor at 6 and 11, and has been at WPVI for 43 years, and counting.

“After being here for a couple of months,” said Kent, “Jim just said that I was doing a really good job and he appreciated my hard work and that meant a lot. When you hear something like that, it really makes a difference.”

“I can remember certain times where Jim has actually said on-air, ‘great reporting Christie, great story’ and you are like wow,” said Ileto.

“Getting that stamp of approval from him means a lot.”

“I don’t know if he would like that, but I think people have adopted him into their family. They do believe that he is part of their family in some capacity, that people of all genders, races, age brackets, he is a local fixture that everyone knows. That is what I am saying when I say that.”

NOTE: I admit that my reporting on this story is biased. I grew up in the Philadelphia area and was an Action News viewer before I got into TV. My television career has intersected with WPVI several times, more recently a few years ago when I was hired as a temporary, freelance writer. My job was writing the night-side topicals for Jim Gardner, a daunting task. I admit I struggled at first, trying to find the right style for Gardner. One night after recording the topicals, as I was leaving the control room, and Gardner was exiting the studio down the hall, he yelled to me, “Good job writing tonight, Paul.”