In this week’s Social Scorecard, KSL-TV reveals how its winning Facebook strategy comes down to two essential content elements. KSL, Salt Lake City’s NBC affiliate owned by Bonneville International, the for-profit broadcasting arm of The Church of Jesus Christ of Latter-day Saints, holds a slight lead in social media actions in the market over the […]

In this week’s Social Scorecard, KSL-TV reveals how its winning Facebook strategy comes down to two essential content elements.

KSL, Salt Lake City’s NBC affiliate owned by Bonneville International, the for-profit broadcasting arm of The Church of Jesus Christ of Latter-day Saints, holds a slight lead in social media actions in the market over the last six months according to data from audience insight firm Shareablee.

KSL has more than 3.2 million actions on social, 29% of the total engagement generated by the DMA (No. 30), with more than 11.3 million social actions. KSL also led the market in actions per post with 288.

KSL was also the top performer on Instagram during the period with more than 202,000 actions.

KSTU, Tribune’s Fox affiliate, led the market on Twitter, with more than 155,000 actions. 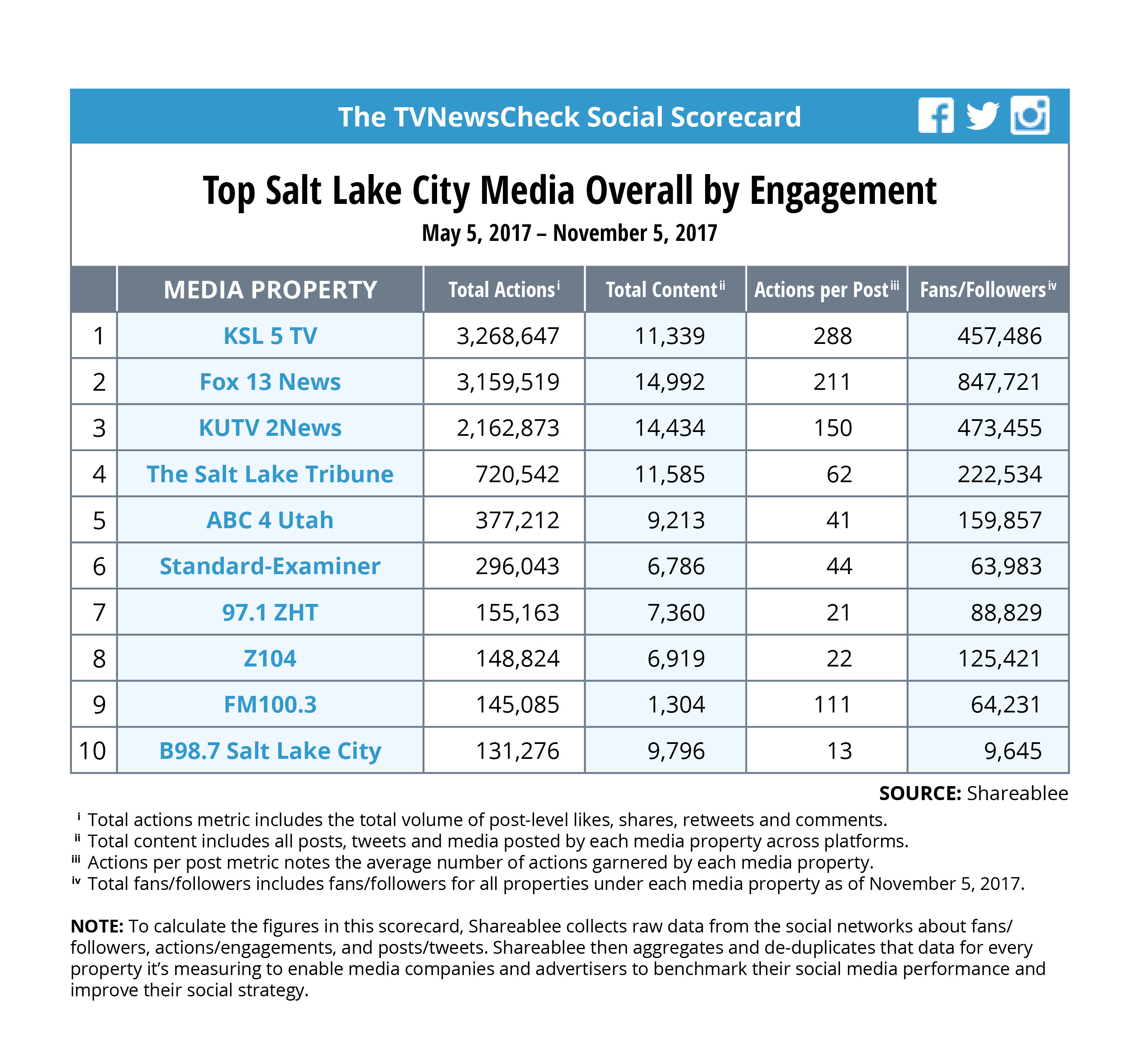 “We are a very community focused brand. Our Facebook offerings carry that out very, very clearly in both a live coverage scenario and in the kind of stories that we choose to put on Facebook that help uplift our community or focus on issues that are important to family.”

Facebook Live, whether it’s used by anchors in the studio talking to users about issues or reporter on the scene of breaking news, helps the station evaluate what’s important to the community.

“She was working on a story about whether or not homework is beneficial for elementary school students. It got a lot of great engagement and questions.”

“We had a couple young boys who died of synthetic opioid use. This is really the point at which it became really alarming for our community that opioids were in our schools.”

The station turned to Facebook Live for an entire day with experts in house to answer questions, and which culminated in a town hall meeting.

Wood says the station encourages its reporters to go on Facebook Live from the scene of breaking news, because it not only adds transparency but the raw feed can often be more engaging than the polished version that ends up on television.

“We had a search for a gunman on the University Of Utah campus,” says Wood. “Frankly, there wasn’t a whole lot that we could confirm in reports, but the reporter who arrived on the scene minutes after was able to talk about what she was seeing. I think that’s particularly important when we are dealing with community safety issues.”

Wilcox says in addition to the station using Facebook Live to cover breaking news, KSL uses it almost every day in the morning to give users a look ahead at the weather.

“It was about the burial of a soldier and we had a reporter who was invited by the family to be there at graveside to cover that, and he put together a really nice video about that moment and the honor that the community was bringing to this soldier.”

While getting engagement on Facebook is important, both Wood and Wilcox stress that the platform’s ability to interact with its users is the most important aspect of Facebook. 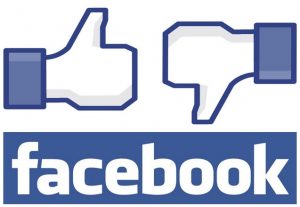 “It’s like a grand, focus group,” says Wilcox. “We are engaging with them and they are telling us what they think and we can evaluate what are the hot-button issues for them.”

“They are going to tell you if they like what you are doing or if they don’t,” says Wood.