That’s the concept behind a new morning news branding campaign. It was the idea of Tina Veon, KDKA’s creative services director, who brought it to Stephen Arnold Music because “those guys are the best in the business.” 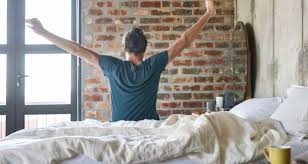 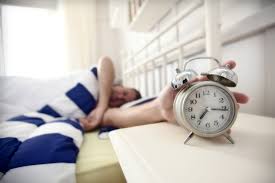 Close your eyes, and imagine your morning routine.

What do you hear?

Alarm buzzing, coffee percolating, toast popping out of the toaster? Now imagine all the sounds of your morning routine strung together and you can start to feel a beat, a rhythm, a cadence, a soundtrack of your morning. 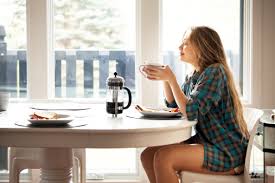 Yes, there is a soundtrack to your morning routine. Individual sounds that, combined with a bit of imagination and the right visuals, can be used to create a beat-box music track to give your morning news viewers a lift.

Veon said she was lying in bed trying to sleep when the idea came to her. She wanted a new morning news campaign that wasn’t cookie cutter, the same old, “we have news, we have traffic, we have weather” type of a.m. promo.

“I thought: what makes people choose their morning news? I realized it’s really part of their morning routine. I was thinking there are a lot of sounds that happen with the morning routine like the alarm clock, the shower, putting the toast in the toaster, making your coffee, etc. So what if we created a beat box with some music to it, add video and created this promotion that is just out of the ordinary and stands out.”

Veon said she took her idea to the folks at Stephen Arnold Music because “those guys are the best in the business.” She said they understood her crazy idea, liked it and took it from there.

“When we do these sonic branding workshops,” said Chad Cook, Stephen Arnold’s creative director, “we always talk about, what sounds do you associate with this or that. In the old days you think of the crow of a rooster. That is sunrise and it is time to wake up. It is these Pavlovian responses that involve a morning routine and potentially a morning sound that we are all familiar with.”

Veon said the morning talent did some Facebook posts showing what their routine is like, using the same music.

“We did research [and found] that people on social media just want to know what is inside the talent’s closet.”

This is so cute. — Jacqueline Hicks

5 AM start for me getting up and leave @ 6. GM Celina, glad to have ur traffic reports daily. Have a good day. — Sharon Hufnagel

You’re pretty without makeup. I think a lot of people are coming back to Channel 2 because of you and David. — Betty Blank

I watch you every morning with my morning coffee! — Selma Schutte