Last week at the Promax Station Summit in Las Vegas, another Battle of the Promo Superstars took place. Four TV station creative services departments were given the same special report investigative story. Each department had 48 hours to turn around a 30-second promo with shorter versions, including one for social media. Check them out. 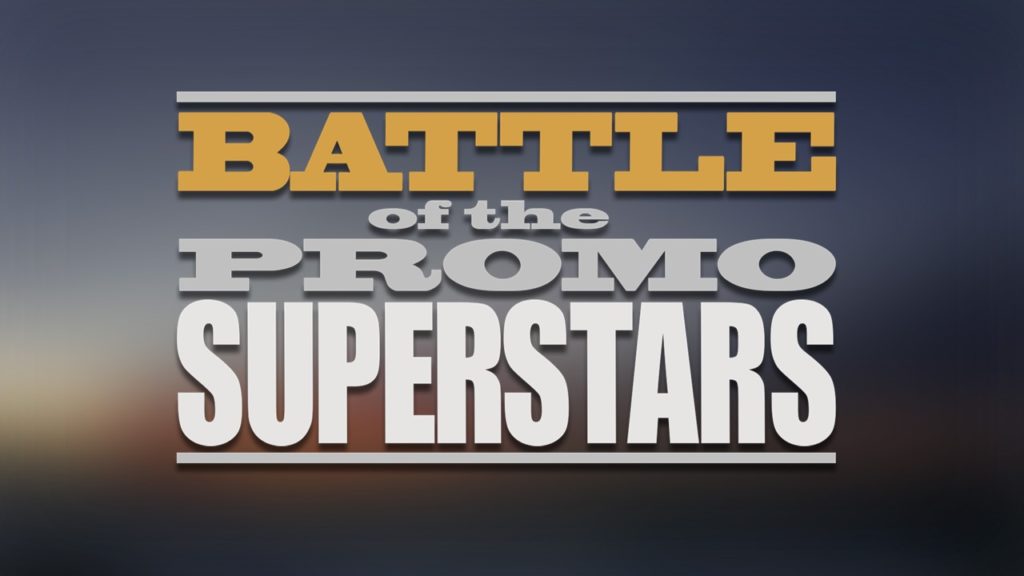 Last week at the Promax Station Summit in Las Vegas, another Battle of the Promo Superstars took place.

You remember the rules? They couldn’t be simpler. 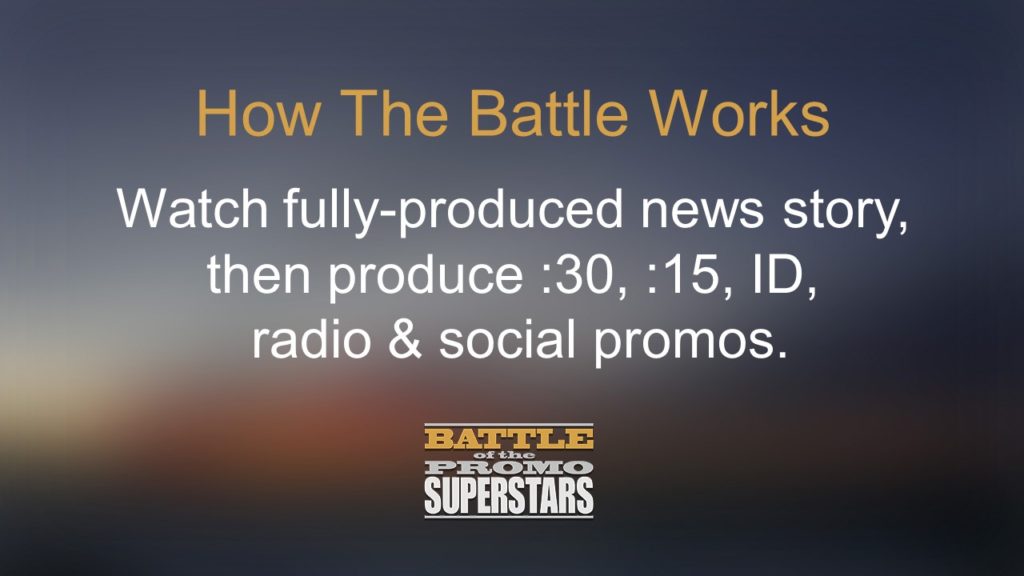 Each department has 48 hours to turn around a 30-second promo with shorter versions, including one for social media.

Who wins? We all do because we not only see how each department handles the assignment creatively, but we get to understand their strategies as well. How would your station have tackled this story?

Here’s the news package from WCPO. As many local TV marketers will attest, it’s not every day that they get to promote a news story that is already edited and ready to air.

Yeah, I know, tough story. Dying babies, racial discrimination in the medical field. Not an easy one to promote. That was by design, said Bauman.

Sherry Carpenter, the creative services director from WJXT, Graham’s independent in Jacksonville, was up first to reveal what her station did to promote the story on-air and on social. 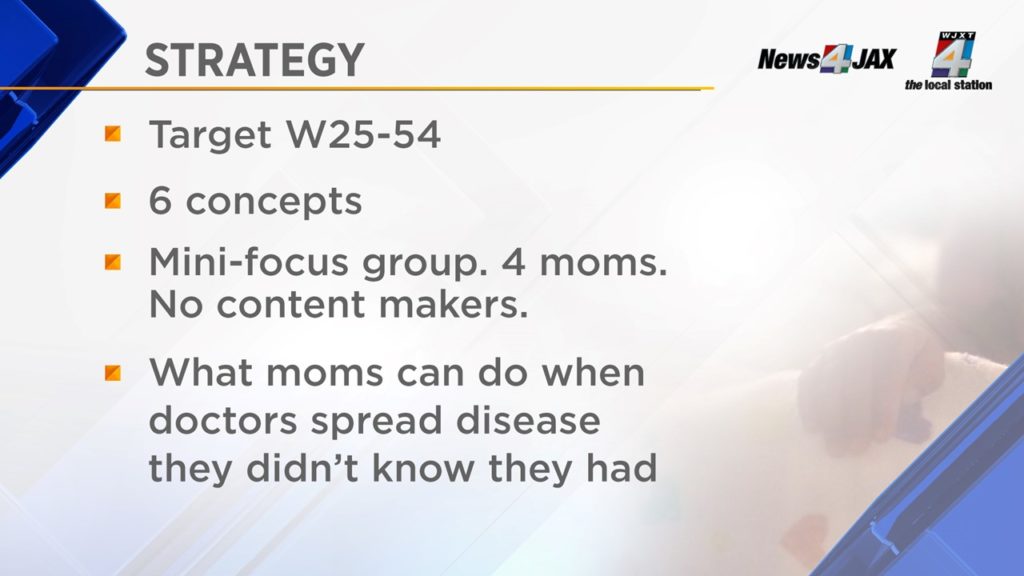 Next up was Erin Finnegan, head marketer at Hearst’s NBC affiliate in New Orleans, WDSU. 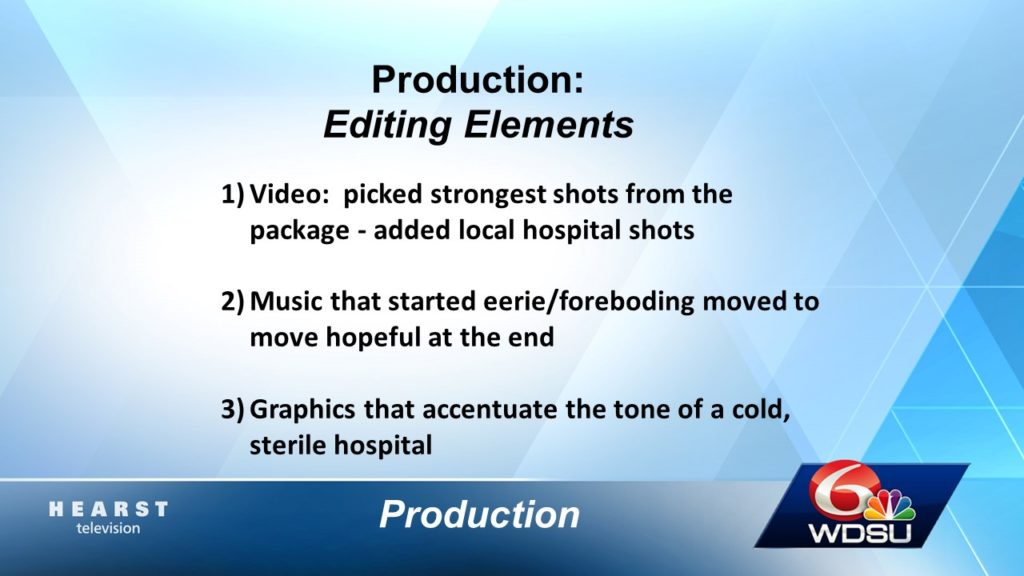 Willie Garrett, the marketing director from Sinclair’s KSNV, the NBC affiliate right in Las Vegas, took the stage next. 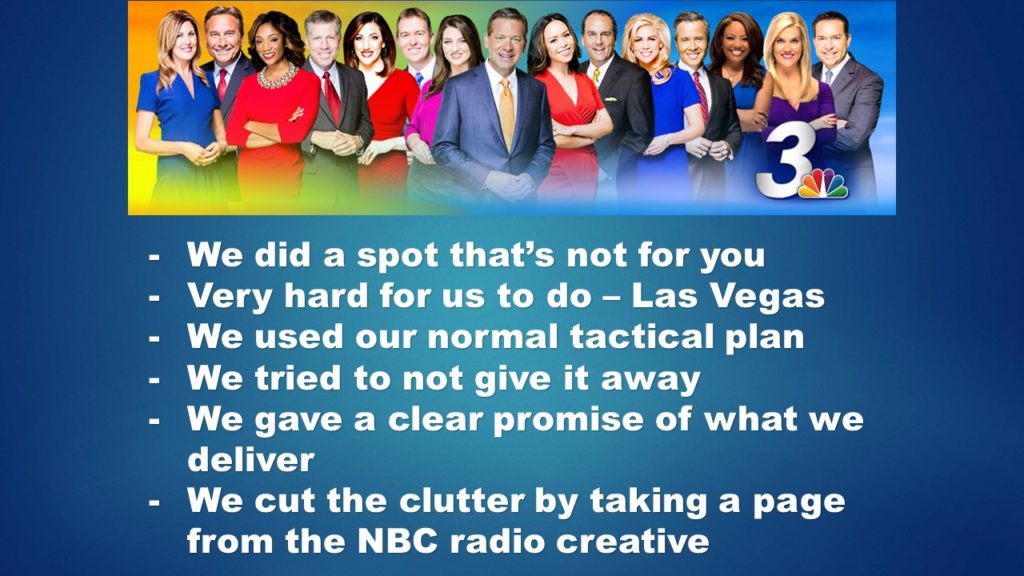 The final presenter was Danielle Ray, the CSD from WDAF, Tribune’s Fox affiliate in Kansas City. 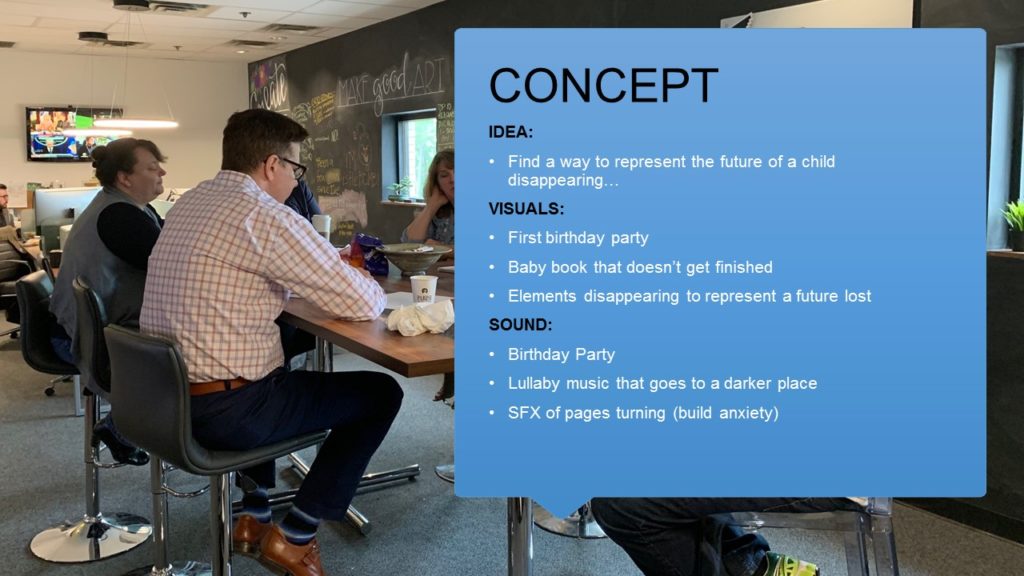